Zumimall is a battery-powered night vision Wi-Fi Camera, that can be placed anywhere in the surrounding allowing the user to watch it on a Smartphone at any time. It has a rechargeable and long standby-time battery of 6000 mAh which can work for 2 to 5 months when fully charged. Zumimall camera is the best wireless-battery powered camera in the market because of its advanced specifications. It is 100% wireless, easy to install, and also provides 1080P HD image quality recording.

The device also has two-way storage, i.e. micro SD card slot supporting up to 128 GB max and paid cloud storage. It also has features like 130 degrees wide-angle viewing, a night vision and advanced PIR motion detector, and 2-way audio allowing the user to talk directly through the battery camera from his/her phone. Since it is weatherproof, the device can be used for both indoors and outdoors surveillance.

ZUMIMALL Camera requires no drilling to fix it to the wall or any other place, as it has a magnetic bracket and double-sided adhesive tapes. The camera setup is also easy and straight forward and can be completed in 5 to 10 minutes without the need for any tools.

When using the device for the first time, it is mandatory to install CloudEdge App from the App Store or Google Play Store on your Smartphone. Then permit it to use mobile cellular data and wireless Local Area Network (LAN) to add an IP camera. Also allow it to get system push messages permissions so that when the camera triggers a motion detection or audible alarm, your smartphone can receive the alarm push or notification. New users to CloudEdge App should follow the registration instructions after clicking the “Register” option. 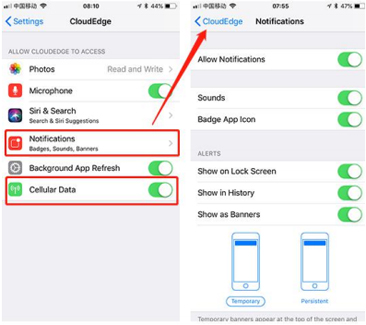 After that install the Micro SD card into the camera, before powering-up to ensure it is detected. To turn on the camera, you should press the “Power” button for 5 seconds. The indicator should blink Red before you set up Wi-Fi. However, if the camera does not power on, you should plug in DC 5V 1A/ 2A phone adaptor and allow it to charge for at least 15 minutes before powering up.

How to add a camera to the app

The camera supports 2.4G Wi-Fi and not the 5G Wi-Fi, so the range of your smartphone and the ZUMIMALL camera from your router should be at least 1 to 3 feet away. Next: 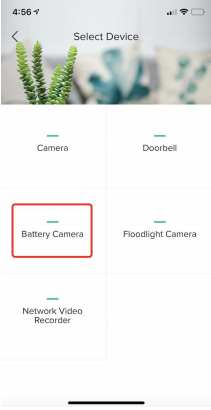 Here are some of the variants of ZUMIMALL Cameras that you can opt for as per your requirement.

It is a rechargeable waterproof camera having 6000 mAh battery, which can last up to 2-5 months. As it is wireless, it is easy to install and requires only 5 mins for the installation. It has excellent HD video image quality of 1080P and two-way audio remote access. It also provides two-way storage that is through memory card of 128 GB, and the other way is through cloud storage. It is compatible with all types of smartphones and tablets.

It is an ultra-long standby camera with 2 enhanced antennas. It has a rechargeable battery of 10400 mAh, which can last up to 6 months. It has an improved motion detection system with adjustable motion sensors to reduce false alarms. It has FHD 1080P night vision camera so that you can get a clear view even in the dark. It also provides two-way audio and remote access.

It is a waterproof night vision doorbell camera having a rechargeable battery of 6600 mAh. It has a 1080 FHD camera, which gives you a clear image even in the dark. It provides two storage options that is via microSD card and cloud storage, and also it is compatible with any type of smartphone. 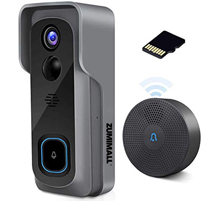 The key features of the camera that make it a smart security device:

All about ZUMIMALL Camera Setup APP 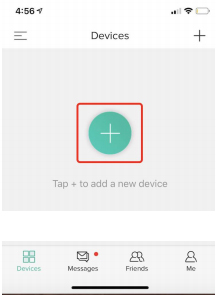 How to Reduce False Alarm in Camera

How to Talk to or Listen to ZUMIMALL Camera

To talk to your ZUMIMALL camera, hold the Intercom key to talk to, and enable the “Audio key on” to listen to the camera.

No comments to show.